Posted on August 30, 2019 by Dr Pete
An Arizona jogger has been bitten by a rabid fox.
The animal attacked her foot and then as she grabbed its neck, it bit her arm and would not let go.  The jogger ran a mile to her car where she managed to free herself, wrap the fox in a shirt, and throw it in the boot.

“There are two sides to every story,” said the fox.  “If by ‘attacked her foot’ they meant ‘had his neck trodden on’, then I suppose I would have to agree.  However, attempting to strangle and suffocate me in a cheap polyester shirt cannot be described as self-defence!”

The fox was later put down by a local vet who said: “I never forget a face, but in your case I’ll be glad to make an exception”.

“Well, I’ve had a wonderful time; only this wasn’t it,” retorted the fox as he left in a taxi. 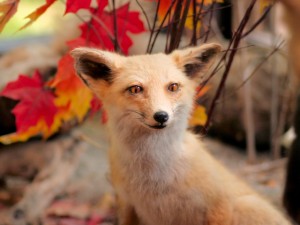 This entry was posted in News Around and tagged bite, fox, groucho marx. Bookmark the permalink.