Chunks of a bright, white material found in a trench dug by the craft have disappeared over four Martian days, suggesting they have vapourised.

Local inhabitants are keeping a careful eye on events.

“Has he been eating more rocks?”
“No, it’s more worrying than that; he seems to have found our stash.”

“Has he noticed?”
“I don’t think so, I’ve been smuggling it away when he’s not looking.  He’s definitely a sandwich short of a picnic, that one.  He seems obsessed with performing the same repetitive tasks.  Backwards and forwards.  Dig a trench.  Dig another trench.”

“You know that repetitive, obsessive behaviour can be a symptom of addiction, don’t you Spangle 10?”
“That’s it then: we’ve gone and created an addict.  What shall we do with the poor little guy and the rest of the stash?”

“See if we can sell it to him at 120 dollars a gram before he discovers the planet’s practically made out of it.” 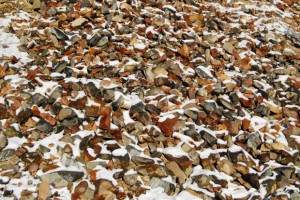 This entry was posted in Life on Mars and tagged mars, phoenix lander, snow. Bookmark the permalink.