The Phoenix lander’s first dig into the Martian soil for scientific study has been delayed by several technical glitches.

Phoenix had planned to dig the first of three shallow pits north of where it landed this week. It would then shovel the soil into a tiny oven to be baked. The resulting gases would be analysed by a variety of scientific instruments. Unfortunately, a sticky oven door and a bombardment of space particles have stopped Nasa’s experiments.

“What is the little metal Alien invader doing now, Fruitella 521?”

“He was scratching around in the mud earlier, Spangle 10, but now he’s just resting quietly.”

“Has he been cooking any soil today, Fruitella 521?”

“I don’t think he’s all there.  He’s been sitting blinking to himself since his tiny oven door jammed.”

“Jammed?  You wedged it with a stick!”

“Yeah, well, who asked him to invade us anyway?”

“He’s not doing any damage.”

“He’s a thief, Fruitella 521, he’s stealing mud, cooking it and then shoving it into that ventral orifice which I sincerely hope is his mouth.”

“What if he tries to leave without putting it back?”

“I’ll set the cat on him, like we did with all the others.” 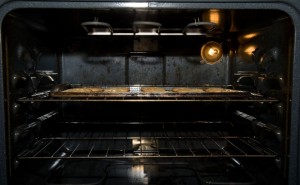 This entry was posted in Life on Mars and tagged alien, fruitella, mars, phoenix, spangle. Bookmark the permalink.