Is anybody working out there?

My survey says that most people spend a large proportion of their working day playing solitaire, chatting on msn, compiling their Fantasy Football team or shopping on ebay.  Walking past the council offices this morning I could see all these activities going on.  One woman even has two screens, no doubt she can shop on one and play cards on the other.  This explains why, despite the IT people telling us that technology is saving us time, we are all still so busy.
Instead of working half the day and messing about the other half – why don’t the bosses just let us go home at lunchtime?  I’m sure we could all finish our messing about in a morning if we tried.

My mate Dunston ‘phoned to say that he is well on the way to his new island home.  He’s got to Whitstable and, once the weather calms down a bit, a local fisherman is going to take him out to it. The island is called ‘Shivering Sands’ which sounds very exotic.  His cat, Flump, and Justice, his dog have survived the train journey, although Flump found her way into the Buffet Car and frightened the Steward by goosing him with her nose when he was bending to pack his trolley.  He stood up very fast and his head connected with a tray of sandwiches which were catapulted into the train’s air conditioning unit.  As the sandwiches cooked in the motor various smells were pumped through the train.  In Dunston’s carriage they got egg and cress but in Coach A they were getting salmon and soft cheese.  A senior advertising executive travelling on the train told Dunston that it was a brilliant way of promoting a product and he would work on getting something similar on all trains.  It would make him a fortune, he said.
So if you’re travelling on a train in the near future and smell the odour of herring and spring onion, it’s not the overweight, unwashed and oily oik who is taking up half your seat and annoying you with his ‘personal’ music system, it’s the latest marketing campaign from Tesco’s Finest Range being pumped into your carriage. 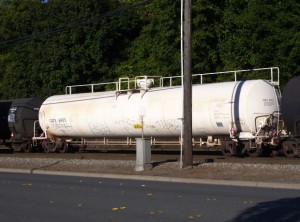