The routes of high-speed rail links to cities in the north of England have now been announced.

The 32 billion pound project will create 100,000 jobs, partly because of the thousands of additional bailiffs that will be needed to evict those that are living on the route.

On the positive side was news that the Chancellor has managed to drastically cut the building costs with one bold move.

”We’re only building one set of tracks.  Those going north,” he said smugly, “thus avoiding 50% of the infrastructure expenses.”

That won’t help northerners who want to travel south?
”Yes, it’s what us folk in the political biz call a win-win situation.”

But your own constituency, Tatton, is in the north.
”Is it?”

Yes, and what if you want to visit it?
”If that ever happens I will be forced to take the plane.”

First Class?
”Thank you, I thought so too.” 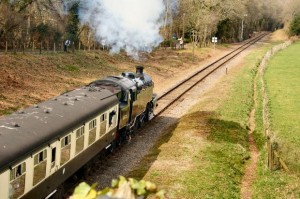 This entry was posted in News Around and tagged high speed rail. Bookmark the permalink.