Carol Thatcher was sacked from the BBC earlier this year after comparing a tennis player to a small, wooly, black rag-doll that she called a ‘golliwog’.
“The toy should have been referred to as ‘an ethnically styled rag doll of indeterminate, possibly African or Asian origin’,” said an indeterminate BBC public relations spokesman/woman, possibly from planet Earth.

Now there have been complaints about ‘Strictly Come Dancing’s’ Anton Du Beke after he called his dance partner a “paki” and anti-racism campaign group Hope Not Hate has called for the dancer to be sacked.

A spokesman for Hope Not Hate said: “We hate him. The BBC took a clear line on the Carol Thatcher golliwog comment. If anything this comment is even more offensive.  We hope the BBC tie Mr Du Beke to a team of horses and drag him at a brisk foxtrot through the streets of London.  Then we want him axed from the program.  With an actual axe.”

Mr Du Beke said that he was sorry and that all he wanted to do was carry on and win the dancing contest.
“We’d hate that,” said the Hope Not Hate spokesman, “he’s got more chance of winning a Music Of Black Origin award!”
“What hope is there of that?”
“None.  We’d hate it.” 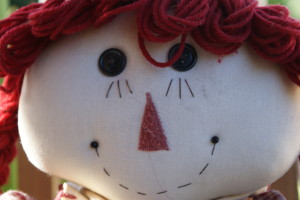