These pages can exclusively reveal that a new game show is being produced by the BBC.  It will have a ten minute timeslot, just before the 6 o’clock News and be hosted by a top TV star, maybe even Adrian Chiles.  Members of the public can challenge leaders of industry in “Openly Embarrassed”.

Each evening a punter will demand that the Managing Director of a manufacturing company open one of their own products in full view of the Nation.  Already, some programs have been pre-recorded.  Our roving reporter spoke to some of the contestants.

“Yes, hello, I’m the MD of St Libel.  I successfully opened a four pack of strawberry Fromage Frais.”
“In the act of opening one yoghurt, did one or two others in the four pack also become unpeeled?”
“Yes, I’m afraid so, but it must have been a defective pack.”
“And what’s that pink stuff on your tie and splattered across your face?”
“Um..I don’t know.”

Also involved was the MD of the firm that wraps pre-sliced delicatessen meats.
“How did you get on?” Our reporter asked.
“Uh..well, I didn’t actually get the packet of ham open, but then I only had ten minutes.”
“Is that blood on your hands?”
“Yeah,   I seem to have chipped a tooth somehow, and one of my finger nails has come off.”

According to rumour, in other shows we will see senior businessmen wrestling with overfilled cans of tuna, peel top sauce bottles and those plastic bags you can never open at the supermarket check-out when you have six people queuing behind you.

Also, Jeremy Clarkson will try to open his mouth without embarrassing himself. 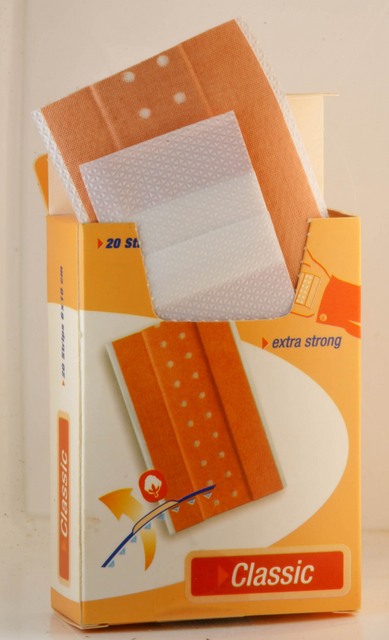