In a week where the Global Financial Markets are going down the pan the top story in the Shires concerned a greedy pony who became inebriated after eating fermented apples, then fell into a swimming pool, and was unable to get out.

Fat Boy the pony escaped from his paddock during the night and broke onto private property where he gorged himself on cider rich apples.  Making his unsteady way across the garden, he staggered over a tarpaulin not realising that it was the cover to the pool.

The resulting commotion awoke the owner, Mrs Penhaligon, who, not knowing the nature of the emergency covered every base by calling the fire brigade, the police, the RSPCA, and X-Files actor David Duchovny.

“I asked the fire brigade what the pony was doing in my pool and they said ‘the breaststroke’ which I didn’t find very amusing,” said Mrs Penhaligon.

“That’s what we in the Brigade call ‘Sardonic Wit’,” said chief fire office Mike Lackson.  “At 3 o’clock in the bleeding morning, struggling to pull a fat horse out of a cold swimming pool, she’s lucky we didn’t resort to ‘Derisive Put Downs’ which a less tolerant Brigade may have done.”

Jean-Claude Juncker, chairman of the Eurogroup of finance ministers said, “Fat Boy’s problems were caused by his own greed, he is clearly a simile for the fat bankers and his fall into the pool is a metaphor for the fall of the stock markets.  Now, stop bothering me, I have to finish these chocolate croissants before my morning swim.”

Fat Boy is reported to be in a stable condition. 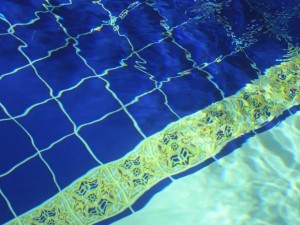 This entry was posted in News Around and tagged drunk, Jean-Claude Juncker, pony. Bookmark the permalink.