On International ‘Talk Like a Pirate Day’ this year (September 19th), not only can you talk like a pirate but you can dress, act and live like a pirate too in the first ever London Pirate Festival.

Similar events are being held all around the world, except in the Turks and Caicos Islands as the residents there actually are Pirates.  Instead, they have a ‘Talk Like Keira Knightley Day’.

Men, women and children of all ages dash around the streets in diaphanous, pink, 18th Century dresses, fluttering fans and brandishing flintlock pistols.

“Captain Barbossa, I am here to negotiate the cessation of hostilities against Port Royal,” gasps a five year old girl in breathy English, clutching at her heaving bosom.

“I think it would be rather exciting to meet a pirate!” replies his seventy-year old father as he blushes coyly behind his fan.

By the end of the event, the entire population is dizzy from lack of oxygen caused by too many ‘romantic breathy’ Knightley quotes.

They all go to a beach bar and get smashed on Rum, which they drink from half coconuts.  They have little skull and cross bone flags on cocktail sticks with which they impale grilled garlic prawns from the barbecue.  As the sun sinks into the sea, they dance on the warm sand and wonder how the first ever Pirate Festival in London turned out.

Meanwhile, on London’s Southbank the wind and rain lash at a group of miserable sodden people dressed in pirate outfits.

“First ever and Last bloody Pirate Festival,” mutters a sulky banker from Chelsea, as he hurls his cardboard cutlass into the Thames. 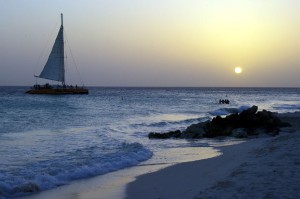 This entry was posted in Unlikely Reviews and tagged keira knightley, pirate, talk. Bookmark the permalink.