A teenager who thought movement in her blouse was caused by her vibrating mobile phone found a bat curled up asleep in her bra.

She was sitting at her desk at work when she decided to investigate the strange movements in her underwear.

“I put my hand down my bra and pulled out a cuddly little bat.”

In a similar incident in my workplace today, I noticed a strange movement inside the front of my trousers that occurred every time the new secretary from Sales walked by my desk.  My first thought was that my mobile ‘phone was responding to some type of ‘blue-tooth’ device the long legged twenty-two year old must have secreted about her person.  Then I remembered that I didn’t own a mobile phone.

I decided to investigate the strange movements in my underwear.  Imagine my surprise when I opened the front of my trousers and scooped out a cuddly little mouse.  Quickly I grabbed the heavy-duty stapler from the desk and slammed it down onto the tiny creature before it could escape.

Later, laying in my hospital bed, I cursed my stupidity.

I had forgotten that most mice have two eyes and none of them wear small, red, German army helmets. 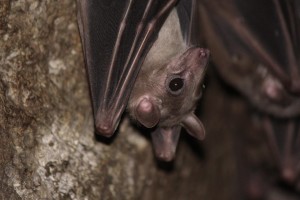