Here at ‘theOpenWound’ the staff are talking about last night’s ‘The Apprentice’.

Apparently, Sir Alan got so excited that he sacked two hopefuls rather than the expected one.  “There’s no written rule that says I can only fire one person… I can fire three of you today. I’ll fire all bloody five of you if I have to; it don’t bother me”.

Unfortunately, it does bother the Producers who need enough episodes for a full series.  If Sir Alan gets completely drunk on sacking-power and emerges from his secret room waving his finger like a pistol and firing somebody with every shot, then it will either all be over in week one or they’ll have to wheel out a new batch of idiots for each episode.

“You’ve been very quiet up to now, it’s episode six and I haven’t noticed you before, have you been keeping your head down?” demands Sir Alan.

“No, this is my first week,” trembles Alan, a window cleaning executive from Bristol.

“I don’t trust the quiet ones, they’re snakes.  You’re fired!  Get out and take your bucket and sponge with you!”

“Yes, I bloody can!  You’ve been getting on my nerves as well – You’re sacked!”

“And you..you’re bloody fired as well!  And you cameramen – you’re all bloody useless, you’re all fired!”

Sir Alan throws himself onto the board room table and rotates on his back whilst drumming his expensive heels, shouting “Sacked, fired, fired, you’re all bloody fired!”

It’s like that scene in Bladerunner when Daryl Hannah gets shot, except she had a hole the size of a dinner plate in her torso and Sir Alan is ‘just a little tense’.

“If you think this is bad behaviour, you should have seen him after the Duke of Edinburgh mistook him for Derek Trotter,” says Strain, Sir Alan’s loyal sidekick, picking up a fire-extinguisher. 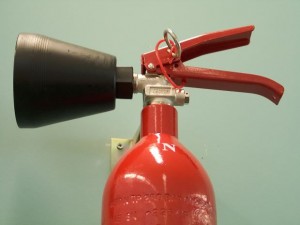 This entry was posted in Unlikely Reviews and tagged alan sugar, sir alan, the apprentice. Bookmark the permalink.