Music of the Beers

Last night in my local, “The Slug and Philosopher”, Old Ted was tucking into one of the new dishes being offered by the pub’s chef.
He’d chosen Struthio camelus on a bed of Rocket, served with thick cut Solanum tuberosum, which when it turned up was a large piece of mysterious meat with lettuce and chips.Ted had asked the chef what it actually was and had been muttering about it ever since.
“Ostrich and Chips!  What sort of pub’ serves bloody Ostrich?”
He gestured towards the juke box with a three foot drumstick, dripping in gravy.
“And what’s this music all about?”
A drop of ostrich gravy from the huge leg steak described a graceful arc through the air and ‘plinked’ gently into Wayne’s pint glass where it slowly diffused, turning the Lager a richer corn shade.
Wayne turned to address Ted, “Stop waving that drumstick around before yer brain somebody, and I’ll answer yer question.”

He leaned forward, a conspirator with a secret to tell.

“Some people would say that music is merely an artistic form of auditory communication incorporating instrumental or vocal tones in a structured and continuous manner,” said Wayne, “but that don’t explain why it’s so important to us humans.

He looked suspiciously at his beer, smelt it cautiously, but then quickly took a large swig before continuing.

“But why do we all love music?  What evolutionary purpose does it have?”
He surveyed our stupid, gravy-stained faces.

“Pythagoras observed that a blacksmith hitting an anvil with varying amounts of force caused different notes to be rung and from that discovered the relationship between weight, space and musical tone.  All objects produce music through their mass and movement, even the planets themselves.  The sounds produced are so exquisite that our ordinary ears cannot hear it, although it surrounds all things.

It is said that Moses heard such music on Mount Sinai and that all men hear it when they die.  Us mere mortals only hear the small part of the spectrum allowed to us, whether it’s Mozart of Maddona, but we inherently know that it is the most important thing we can sense.”

He took another cautious pull on his pint before continuing.

“Music is the simple eight part code to the workings of space and time.  If man ever masters the code we will be able to travel back and forth through time and across the vast distances of space.  Until that happens we will have to wait until our earthly bodies release us and we know all things.”

“Does that answer your question, Ted?” I asked.
I could just see his eyes peering over the top of the Ostrich thigh he was chewing.

“I just wanted to know which idiot had put the ‘Birdie Song’ on,” he glared. 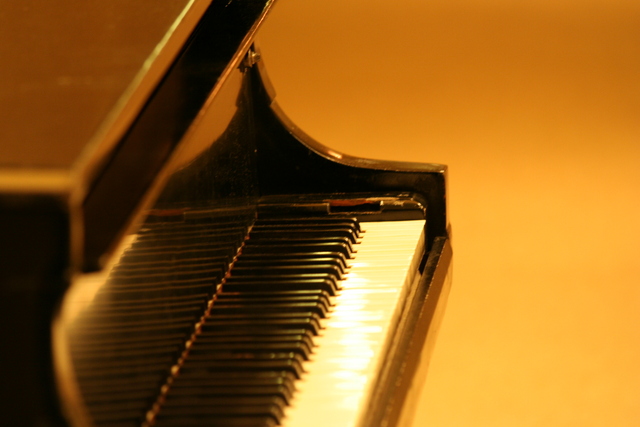