Down on the farm

You will see that supermarket giant and champion of healthy produce Tesco are sourcing  many of their goods from British farms. Amongst their suppliers they now have Rosedene farm for fruit, Redmere farm for vegetables, Willows farm for poultry and Animal farm for meat.  After conducting absolutely no research, I can tell you that all these farms exist on Shire Park Estate in sleepy, self satisfied Hertfordshire.

Several thousand workers travel in every day to Shire Park from the neighbouring villages in a sluggish river of shiny Audi Q3s to pick apples, pluck chickens and vacuum pump cows. The Shire Park Estate has a gymnasium, a social club and all the other facilities needed by today’s busy farmhands , even a canteen or Human Dietary Fulfilment Area as they like to call it.

My first job was on Recombinant Farm in the laboratory or ‘dairy’ as we were asked to call it, where intense academics frowned over the formulae and recipes for Tesco’s milk based products. Management scum, as we were asked to call them, popped in occasionally to check on the progress of our milk scum or ‘resultant test product’ which nobody asked us to call it. Like all the other Assistant Scum Operatives I was given a white coat to prevent the dangerous milk scum from damaging my clothing and making me sterile or terribly fecund, depending on that week’s blend.

One day I asked my Farm Labourer Group Team Shepherd why everything had to be dressed up and labelled as something more than it really was.  Why couldn’t we just put a decent bit of poultry in a recyclable plain packet with the text ‘British reared chicken’?

Mrs Shepherd looked angry for a moment but then she said, “Because we don’t want to scare people. We want our customers to believe that their food comes from beautiful serene farms where natural products are untouched by filthy foreigners. There is no dirt and shit, no pain or blood on our farms. The plants and animals throw themselves happily into the choppers and blenders because they only exist so that one day our customers can scrape them off their overloaded plates into black plastic bins (landfill only, every other Tuesday)”.

I realised at that moment that Redmere farm and all those other idyllic, sun washed farms don’t really exist. They were invented to deceive us, to hide the us from an unpalatable truth.  Like Soylent Green and God and the Champion’s League. 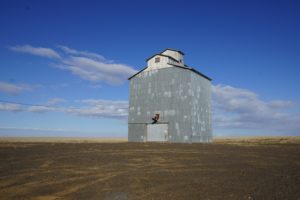 This entry was posted in Hearsay and Gossip. Bookmark the permalink.