Whitehall officials were worried about the survival of the population due to lack of provisions in the event of a nuclear attack on the UK in the 1950s, new documents have revealed.

“The tea position would be very serious with a loss of 75% of stocks.  It would be wrong to consider that even 1oz per head per week could be ensured”.

Fortunately, because 99% of the population would be dead, 1oz per head would equate to 100oz per survivor per week, which is more than the amount the average Brit drinks, even with nuclear fall-out thirst.

A Ministry of Food list “for departmental planning purposes only” puts London, Birmingham, Merseyside, Manchester and Clydeside as H Bomb targets.
Those listed as A bomb targets were Tyneside, Teesside, Leeds, Sheffield, Hull, Derby, Purfleet in Essex, Southampton, Portsmouth, Bristol, Plymouth, Cardiff, Coventry and Belfast.
A later amendment removed Purfleet because, as the secret documents put it; “an A bomb would cause Purfleet to be a no less desirable place to exist in than it is today, and in some ways would probably improve it.”

“You Brits make me laugh,” said the Russian Minister of Education, “We know where your Tea stocks are kept and we have our special T 2 Zero missile trained on them as I speak.  You will be Educated!” 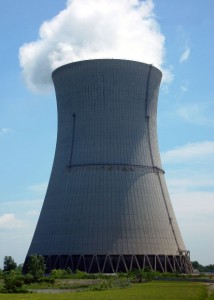 This entry was posted in News Around and tagged a bomb, h bomb, purfleet, tea. Bookmark the permalink.