The whole is contained in every part

Saturday night in the ‘Slug and Philosopher’ and the punters are relaxing after a hard week of work, watching football and junk food eating.  I can see that Old Ted has something on his mind, but he waits until Wayne and Bert sit with us before he starts up.

“So Wayne, I’m a bit worried about something I’ve read in the paper.”
“What’s that Ted, beer prices going up again?” said Wayne.
“No, mate, something else.  I was reading about the work of Alain Aspect.”

I’ve never seen Wayne lost for words before but this time his mouth gaped wide as his lower jaw slackened off.  He had to take a couple of gulps of lager to cover his bewilderment.
“You’ve been reading about Aspect in the paper?”
“Yeah, it was in ‘The Sporting Life’.”

“The Sporting Life!?”  Wayne, finished the rest of his lager and wiped some confusion from his top lip.
“What’s so surprising?”  I asked.
Wayne looked at me as though he’d never seen me, the pub’ or planet Earth before.
“What’s surprising is that Ted, a man who normally only looks in the paper for the semi-naked girls and the odds for the horses, is reading about the most advanced physics in a rag not fit to wrap my fish and chips!  That’s what’s surprising!”

“Alain Aspect is from the University of Paris.  His findings seem to show that sub-atomic particles can communicate with each other instantaneously whether they be two metres or two million metres apart, thus exceeding the speed of light.”

Some have suggested that all subatomic particles are connected, each one of them a perfect complete image of the whole universe, they all exist as one entity.  The whole is contained in every part.  Only our minds separate them so that we see separate objects and perceive distance, in the same way that our brains slice time into measurable, linear slices.”

Wayne waved at the barmaid for her to bring more beer.
She waved back in a distracted way but remained rooted behind the counter.
“And that means that every atom in your body is connected to every other atom in the universe,” Wayne continued.
“We are suspended in an ocean of infinite possibility from where our minds pluck particles which they weave into the threads of our existence.”

“Yeah, that’s what’s worrying me,” said Ted.  “My mind could have created any existence for me it wished but it’s chosen to make me a poor, near alcoholic, mildly smelly, sadly married pensioner.”

“It’s actually worse for you than that,” said Bert.
“Why?”
“It’s your turn to weave your way to the bar and pluck out enough particles to conjure up a round of beers!” 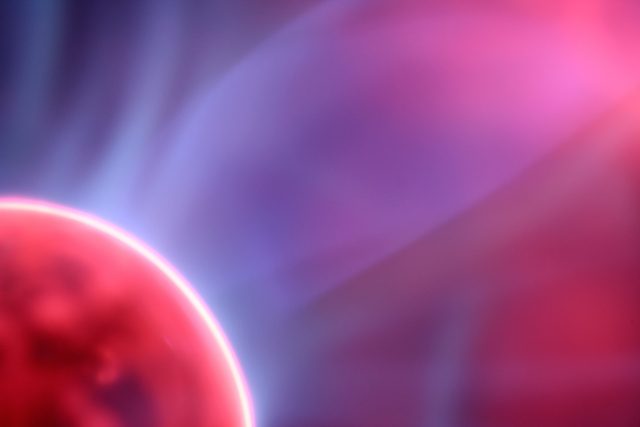 This entry was posted in The Slug and Philosopher and tagged alain aspect, particle. Bookmark the permalink.