I’ve had a ‘phone call from my mate Dunston!  Things aren’t too good.  It turns out that his ‘island’, Shivering Sands, is actuallly a World War II defence station!  He wondered why people looked at him strangely when he mentioned the name of his new home, and now he knows why the fisherman who took him out there was laughing so hard.  There are seven rusty, iron forts some still joined to each other by rickety walkways.  On their four stilt legs, rising out of the waves, they look like battered old Martians from War of the Worlds.  Below is a picture of them that I found on Dave Roberts site at gulbekian.plus.com.  Go there and have a look at some more. Imagine Dunston, his cat Flump and Justice the dog, inside their sleeping bag, inside their tent, inside their fort.  The best you can say is that the neighbours are peaceful and the front lawn doesn’t need mowing. 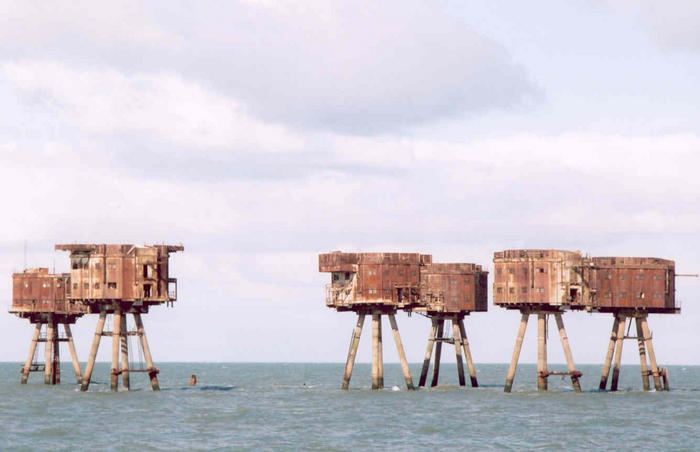